We joined Texas Surf Camp for the morning on the Corpus Christi beach near Port Aransas (there is a big pier on Port Aransas beach road, where the surf school has its tents). The surf school lesson was attended by a number of 9-year-old kids (and younger) – who were apparently much more experienced… The waves were not huge and didn’t last long, but big enough to provide a couple of successful pop ups on the board. This is a good spot for a beginner to get an idea of the sports – all soft sand bottom, yet some currents to be aware. The tip from the instructor: “The most important thing about surfing is to be cool.” (That is: it is not cool to get tangled with your own leash.) Weather was fantastic, +32..35 – and water was at least sufficiently warm. It is a good idea to put loads of sun screen and get off the sea by midday. 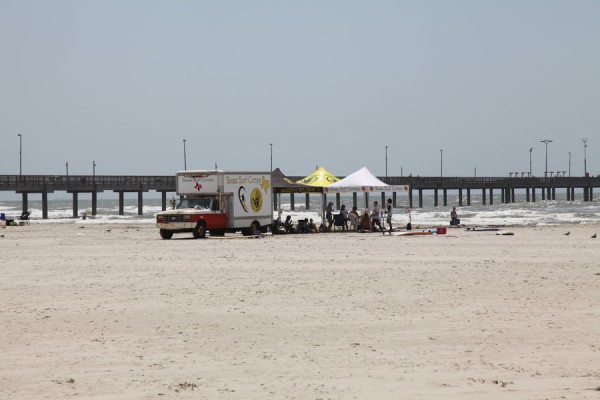 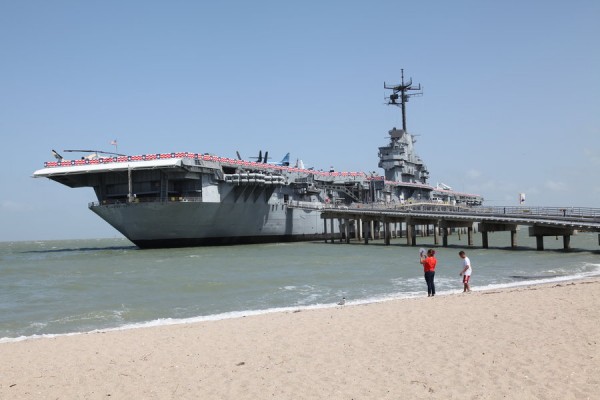 After surfing it was time to load some calories at Wendy’s – and drop by at Starbucks drive through – before heading to a museum. Usually I’m not very fond of museums – but in this case the museum was a floating one: Carrier USS Lexington. Although the vessel is old, it is a fantastic visit. There are several tours within the ship – you can visit the engine room, hospital and dentist departments, staff quarters, captain’s deck, the deck where the planes take off, and the bridge. With the +36 C weather it was relatively sweaty in most places of the boat. I would not even like to think how the machine room must have been when the boat was in operation. 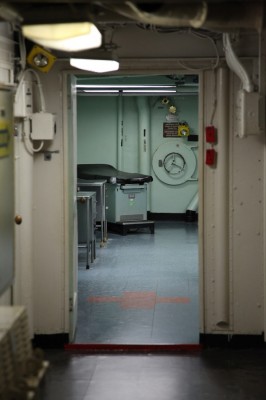 If you think flight simulator is a new invention – think again. A computer simulator for night landing training was delivered to the military in 1971! Computer next to the simulator looked really ancient (huge box with loads of buttons).

Five guys’ burger provided the best burger this far on the trip for the night snack.